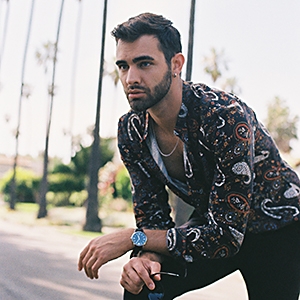 VUDAJÉ is a creative mind from the Bay Area, California with an affinity for fusion. The singer-songwriter / music producer hones in on retrospective R&B and Alternative-Rock influences such as Maxwell, Miguel, and Incubus, spinning together genre-bending instrumentals and nostalgic melody structures that resonate at the core. After solo performances spanning from Los Angeles to New York City, Vudajé found ways to color his live experience by forming a full band that actively performs around the Silicon Valley in California.

In 2018, the R&B singer received recognition from major brands, Coca-Cola and Southwest Airlines as one of San José's favorite music artists of the year and continued on to collaborate with artists like Kamiko, Robbie Reign, and Jay Summer.