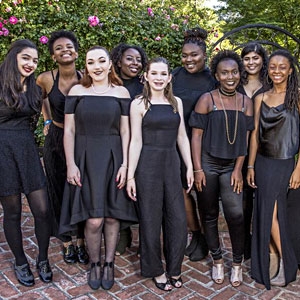 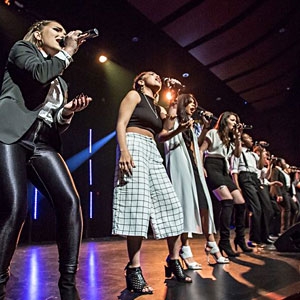 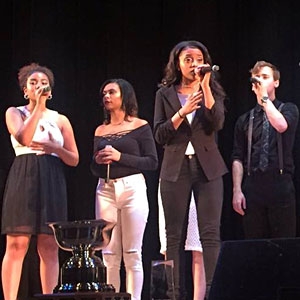 This premier a cappella ensemble is made up of 14 students age 15-18 in the School of Vocal Music at Oakland School for the Arts. Founded in March of 2011, Vocal Rush has received wide acclaim on both a local and national level. In April 2012, they competed in the International Championship of High School A Cappella and took first place at the Finals in New York City.

Directed by former UO Divisi director and Vocal Music faculty member Lisa Forkish, Vocal Rush has performed at several of Oakland's most prestigious venues, including the Art and Soul Festival, The Fox Theater and nationally renowned Yoshi's, sharing the stage with 4th place winners of America's Got Talent, Oakland's own Poplyfe. In May of 2011, they was invited to perform for Governor Jerry Brown, and recently had the incredible honor of opening up for Ledisi at President Obama's event at The Fox in July of 2012.

In addition to their national competition win, the ensemble also placed first in a worldwide YouTube video contest, hosted by a cappella solo artist and YouTube sensation Peter Hollens, and most recently won the Delta Rae video contest, resulting in a collaborative performance with the Warner Bros. band at the El Rey Theatre in Los Angeles. Known for their soulful stage presence, killer soloists, and urban swag, this amazing group released their first recording, a 4-song EP entitled The Beginning in the summer of 2012.