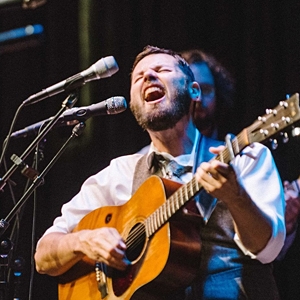 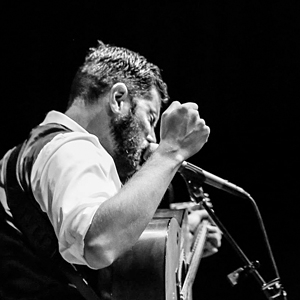 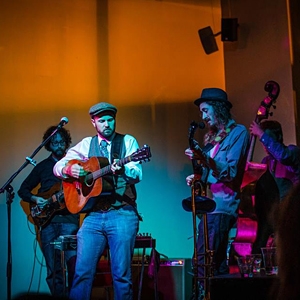 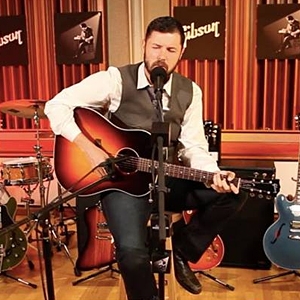 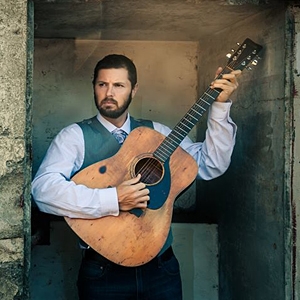 For the last five years, Tom Rhodes has been making quite a name for himself in the Americana scene. His award winning music is as real and honest as it gets. His distinctive voice, road-worn and raspy from years of honing his craft, and inviting guitar work that cleverly masks its complexity, form a warm and welcoming home for his heartfelt and inspiring lyrics.

His recent appearance on season 9 of NBC’s "The Voice," marks but a single moment in an incredibly busy 2015. Tom has signed an exclusive licensing deal with Platform Music Group, and his song “Fist Full of Dollars” place 2nd in the Songwriter Hall of Fame 2015 songwriting competition. Tom’s most recent album, With or Without (2004), has also been received with unanimously rave reviews in the United States and abroad.

Having played shows across the US and Europe throughout his career, Tom has steadily built a diehard fan base that has seen him through the release of four independent albums. Fans have followed him from small bars in the DC area to venues such as the Walnut Creek Amphitheater in North Carolina, the Paramount Theater in Oakland, CA, and Great American Music Hall in San Francisco. As of 2015, his music has been licensed and used on network and cable TV shows, feature length movies, and commercials across all platforms. Tom’s music can be heard on Pandora, Spotify, Rdio, Grooveshark, curated Americana and Alt-country radio shows, as well as terrestrial radio and internet streaming stations around the world.