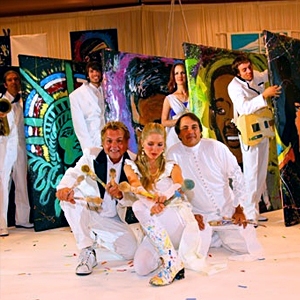 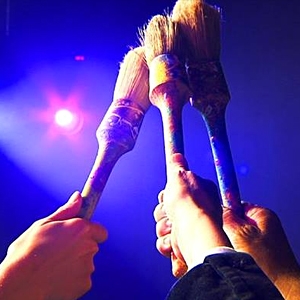 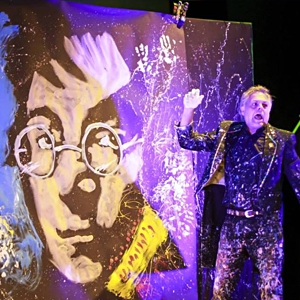 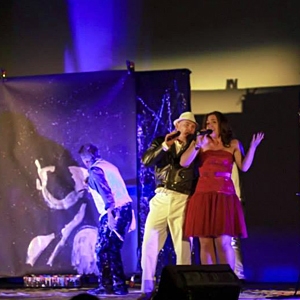 The 3 Painters is unlike any other speed painting entertainment act you've seen. As giant blank canvasses are transformed into larger than life tributes in mere minutes, The 3 Painters fuse the live performances of 3 gifted fine artists with various singers and entertainers to form an entertainment masterpiece!

The 3 Painters began with fine art pioneer Michael Ostaski his explorations into live on-stage speed painting. Encouraged by success and the popularity of two or more fast artists performing together, he developed a versatile and exciting stage production - The Three Painters - harnessing a cast of true artists with a passion for performance. Due to it's dramatic visual punch and adaptability, The 3 Painters quickly became in demand for all types of events. With their rare ability to deliver an exact message and feel, they have become especially appealing for Corporate Functions. The 3 Painters continues to break down boundaries and astonish everywhere they go.

The Art of All Possibilities has its roots touring Performing Arts Centers as 90 minute sit down shows. The format is simple and powerful: The 3 Painters speed painters collaborate with exceptional theatrical talent - ie. Broadway singers, concert pianist, or dance companies creating a "New Theatre" with the power to inspire audiences of all ages. Sister act Artrageous Concert combines art with musicians and dancers to create a continually blossoming extravaganza featuring the power of the arts in an unparalleled stage experience.

The 3 Painters are currently busy creating two new productions: the first, as the name implies - The Art of Comedy - combines art with comedy, the second - as yet unnamed - combines various national speakers with art in a powerful message based presentation designed for general sessions. The 3 Painters was created by Celebrity Enterprises, producers of Art Explosion and The Pink Flamingos. With two decades in the performing arts and corporate arena, CE has been staging art driven shows for well over a decade.

A one-of-a-kind speed painting act tailored to every audience.