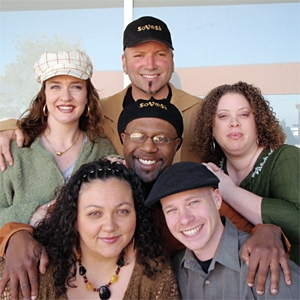 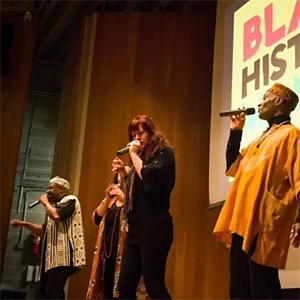 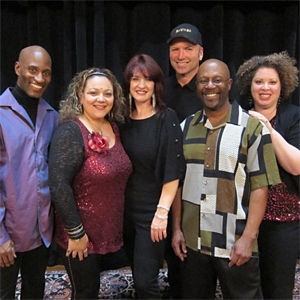 SoVoSó is a highly imaginative a cappella ensemble that sings a unique, rhythmic mix of jazz, gospel, world and R&B music, all rendered in their trademark improvisational style.

The SoVoSó repertoire consists of original compositions and other songs that present a global perspective, from Afro-Latin idioms to traditional funk and jazz arrangements. Two SoVoSó members (Joey Blake, past member, and current member David Worm) are current members of Bobby McFerrin’s a cappella group, Voicestra, performing with him from 1993 to present.

Currently you will see David Worm, Sunshine Becker, Bryan Dyer and Zoe Ellis in this vocal band line-up, along with other great singers such as Nicolas Bearde, Ashling Cole and Vernon Bush. The SoVoSó family of singers continues to expand as this one of a kind musical project grows and flourishes.

As SoVoSó (“from the Soul to the Voice to the Song”), the ensemble has continued to pioneer new horizons in contemporary vocal performance, bringing traditional world rhythms into the 21st century. According to the San Jose Mercury News, “The extraordinary richness and brilliance of this virtuoso vocalism lifts you into a special realm.”

Thank You for the Dream