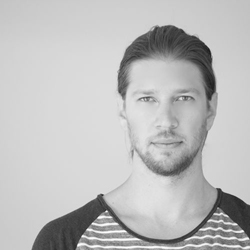 With a decade of playing and producing professionally and a lifetime of studying music, Ryan Lucero has perfected the art of making people dance. Since 2005, Ryan has toured, played and collaborated with some of the best in the business, having shared the stage with international acts such as Avicii, Alesso, Jazzy Jeff, Snoop Dogg, Lenny Kravitz, and Pompeii, to name a few.

Ryan Lucero has played at world renowned venues such as Ruby-Skye, LEX, Marquee, Knickerbocker and TAO. His many clients include EA SPORTS, Pandora, Google, Yahoo!, Facebook, Salesforce, Go-Pro, RedBull, PUMA and DJ TechTools. With a truly unique ability to seamlessly blend countless genres into his sets, Ryan is often found out playing high-profile gigs such as FOX NYE Times Square Ball Drop 2016, VIMEO's official SXSW Party, various NFL events, America's Cup and San Francisco Giants events, among others. Regardless of his demanding travel schedule, he still finds time to rock the home crowd in clubs across the Bay Area, where his eclectic sets have become highly sought after.

"Music has super powers, it has the ability to take people out of themselves for a few hours."