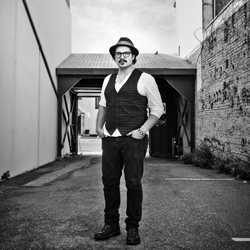 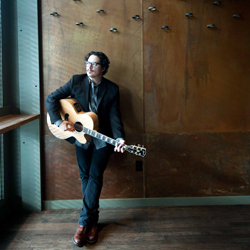 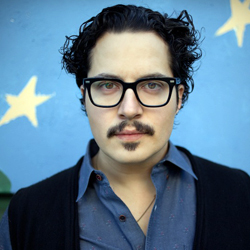 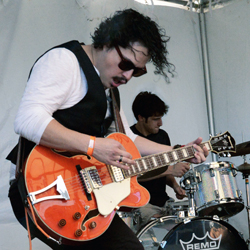 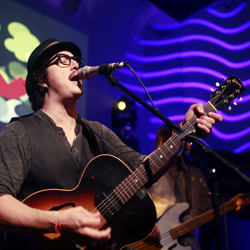 With his unorthodox takes on soul and folk music, classically trained tenor Roem Baur, has solidified his place as an innovative vocalist in the San Francisco singer-songwriter scene. Awarded twice, as both a solo acoustic artist (MAMA Americana/Acoustic Artist of the Year) and as a classical singer (Elly Award), Baur has pushed the boundaries of "songwriter music," blurring the lines between folk, soul, blues and orchestral sounds.

He was born on May 4th, 1977, in Harlingen, Texas, a small military suburb just miles from the Mexico border to his single, 19 year old mother. His family then relocated in search of work and a better life, to the small Northern California dairy town of Manteca, CA. There, Baur took up singing, drums, piano and trumpet very early in school. His music teachers were always encouraging, urging Baur at a young age to take solos and study theory. Having no creative mentors in his family, his mother brought him to sing in a small church, which eventually led to being overheard by touring choir directors, and being chosen to travel across Europe and Africa at the age of 16.

He went on to sing himself into the music programs of the local junior college and began his operatic training which continued to the University of Houston. Picking up books from the local library he further taught himself guitar and piano and began writing music what would inevitably cause him to drop out of formal classical music to pursue his love of the blues, soul, and folk.

His first gig was playing 4 hour solo shows for $40/night to indifferent bar crowds, who quickly turned around and within weeks were packing the club to capacity. Building on that success he went on to play hundreds of shows over the next few years in the US and abroad, playing Thailand, Belize, Mexico and Argentina before settling down in San Francisco, California. In 2011, he locked himself in a 100 year-old church sanctuary with a grand piano, a pawn-shop guitar and The Family Crest string quartet and nine nights later emerged with The Thief, a cathartic, heart-breaking concept record of love and loss. He debuted his album at SXSW to praise among peers and fans alike.