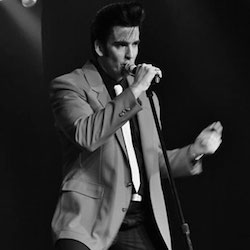 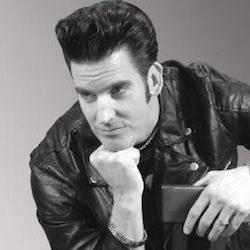 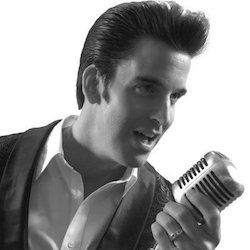 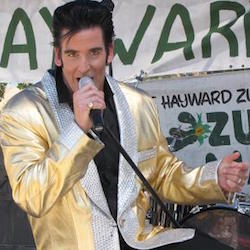 Rob Ely is one of Northern, CA ‘s most sought after Elvis Tribute Artists, and is also a Singer of 50’s and 60’s Rock n Roll and portrays Buddy Holly and Roy Orbison as well in costume, so it is safe to say that Rob is a versatile Entertainer. He has performed all over CA, and beyond, including performing on the field in Oakland Coliseum for The Oakland A’s singing the National Anthem as Elvis, has been the Elvis of choice on Fox 40 News in Sacramento and also has appeared as Elvis on Good Day Sacramento Morning Show (both in honor of Elvis’ 75th Birthday). Rob has also placed in the Top 3 or in 1st place in many Elvis Contests sponsored by Elvis Presley Enterprises/Graceland, in Las Vegas, San Diego, Lake Tahoe and Fresno, and was crowned “Best Overall Elvis” in 2013 by Thunder Valley Casino in Lincoln, CA. Performing close to 60 Shows per year from small events, to Corporate, Casino and Theater shows, Rob definitely does it all. If you are wanting an Elvis Tribute, 50’s Rock n Roll Classics or other Costumed Tributes such as Roy Orbison and Buddy Holly for your event, look no further than Rob Ely!