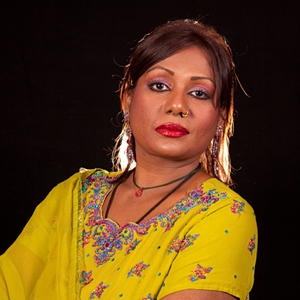 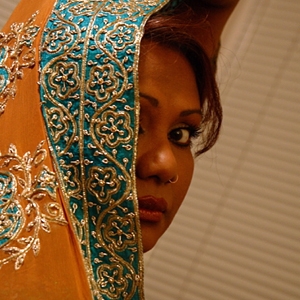 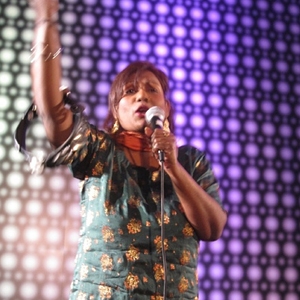 Riffat Sultana channels the musical wisdom of 500 years and eleven generations of master vocalists from India and Pakistan. Daughter of legendary classical singer, the late Maestro Ustad Salamat Ali Khan. Riffat is the first woman from her family's musical lineage to publicly perform in the west. Her stunning vocals have been recorded for numerous record labels including Ark 21/Universal, Triloka/Mercury, Six Degrees, Hearts of Space, City of Tribes, and XDot25. Her world beat dance band Shabaz can be heard on I-Tunes. Recently she has recorded songs for Miles Copeland's Bombay Bellywood production, and returned from her second collaboration with Quincy Jones in Morocco!

Riffat performs a wide variety of traditional and modern material from the Indian sub-continent, including, Sufi, Geet, Ghazal, Filmi, Qawwali, and Light Classical. Her acoustic ensemble features instruments including tabla, bansuri flute, and her husband and producer, Richard Michos (aka Shiraz) on 12 string guitar, a perfect vehicle to showcase one of the most passionate and exciting new voices in world music. Highlighting her performances are devotional, and ecstatic Sufi songs to great saints like Shahabaz Qalander and Baba Bule Shah, sure to move your heart, soul, and feet!