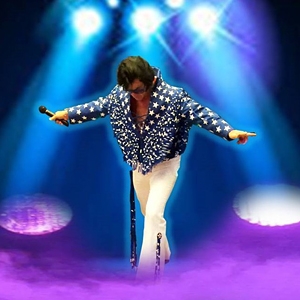 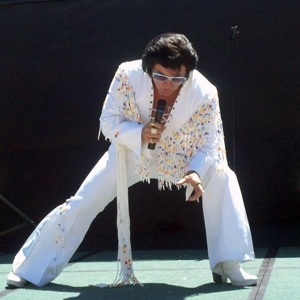 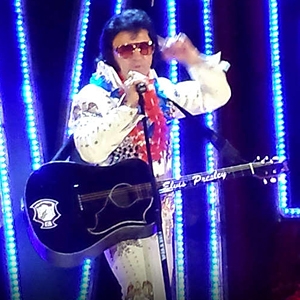 Rick Torres is the Bay Area's Top Elvis Impersonator. Rick was featured in the motion picture Doggie B!, available on Red Box and on Amazon, and also co-starred in the motion picture, Biggest Game in Town. He has been featured on CBS TV 5 'Eye on the Bay", KGO radio, and 98.5 KFOX's Greg Kihn morning show. Rick toured with country band Rascal Flatts, performing two wedding ceremonies during their 2011 concert tour, in honor of their song, "Why Wait." He was featured on CMT Country Music Television in the music video "Baptize Me Over Elvis Presley Grave." Rick will be also be featured in the Google Commercial for their GPS Car.

Rick is available for singing telegrams, Elvis meet & greet appearances, TV shows and commercials, and films, He has two unique, one of a kind services: "The Pink Caddy Cruise" and "The Pink Caddy Concert."

Rick's 45 to 60 minute shows require a large area to set up. With lighting it requires 12 by 20 feet for the ultimate Elvis experience! With DMX choreographed lighting, lasers, smoke effects, incredible sound, and LED Elvis signs. This show will offer you an evening like you might have seen in Vegas!