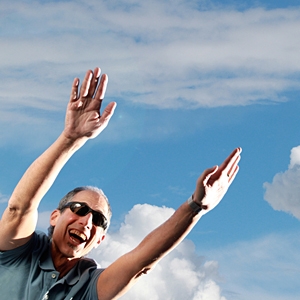 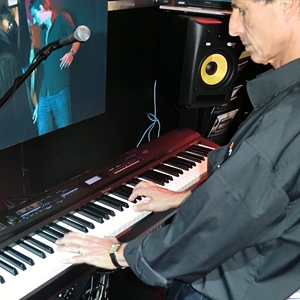 You know Richard Leiter as a singer/pianist doing Gershwin, Jobim and the Beatles at venues like Martuni's, the Fairmont, the Hyatt, the Mark Hopkins, and restaurants and clubs all over the Bay Area. But he records as well.

As a keyboard performer you've probably heard him playing the jazz piano tracks on one of the recent CBS Charlie Brown Specials, and the Met Life or Shell “Peanuts” commercials. His playing and singing have also been featured in projects for the Sheraton Hotels, Tropicana, Paramount Pictures as well as projects for NBC and CBS.

As a composer and musical comedy performer he has worked with “The Groundlings,” “True Fiction Magazine” and “Bay Area TheaterSports” in San Francisco and Los Angeles. He performs regularly in SF and LA clubs and tours with the jazz group REBOP! For the last ten years he's written the popular “Composing” column for Keyboard Magazine and is currently a Contributing Editor there.

His work has won first place in the ANDY, ADDY, CLIO, Silver Microphone and Belding competitions. His song for Lucky Supermarkets (“So Nice, Low Price Store”) won the First Prize in the International Broadcasting Awards.