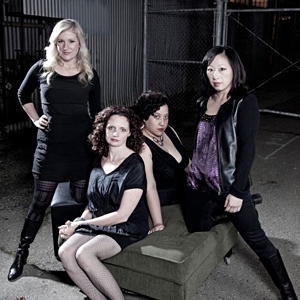 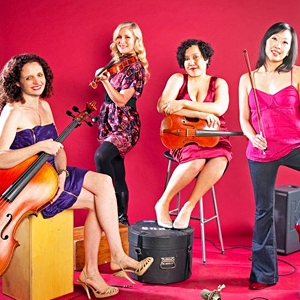 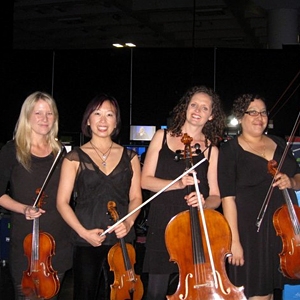 Four girls tearing into their instruments: Quartet Rouge is an alternative string quartet creating percussive and edgy new grooves. These pro string players have turned their talents to the world of rock and pop to create original arrangements of their favorite tunes.

Quartet Rouge performed in the Berkeley Repertory Theater's production of Green Day's "American Idiot" which is currently on Broadway. They are also featured on the CD soundtrack for the show and performed with Green Day at the 2010 Grammy's award ceremony in Los Angeles. Quartet Rouge has performed as back up strings for Tommy Lee, Diana Krall, Josh Groban, Peter Cetera, Smokey Robinson and Trans Siberian Orchestra. They have enjoyed recording and performing with numerous local SF Bay Area artists.

Some of Their Current Repertoire: