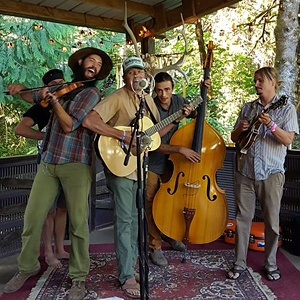 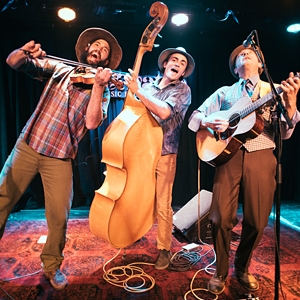 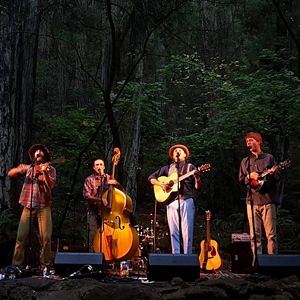 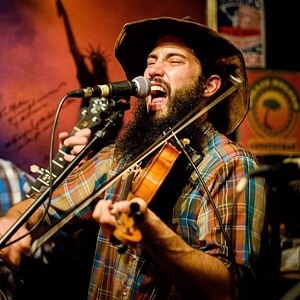 One Grass Two Grass delivers high energy, hard driving, fun loving, old-timey, new-timey, good-timey, California string band music. Through richly lyrical, naturally inspired originals cushioned by a bed of old mountain tunes and the occasional stomping classic rock number, their unique sound is expressed as a mesh of yesterdays established protocols with the need to bring strings to the times in their own exciting way. Standing on the shoulders of the contemporary movement powered by The Old Crow Medicine Show, The Devil Makes Three, and The HackensawBoys, One Grass Two Grass forge their own style of this folk meets old-time meets rock meets bluegrass craze.

There have been many highlights in the upward trajectory that has been the bands recent past including numerous festival appearances such as at The Father’s Day Bluegrass Festival in Grass Valley, CA, The Northwest String Summits Band Competition near Portland, OR, Earle Fest in Santa Rosa, CA, and The Hoes Down Festival at Full Belly Farm, Guinda, CA and The Old Grove Festival in Guerneville, CA. They have had the pleasure of accompanying many great artists on stage such as Larry Keel of Keller and the Keels and Natural Bridges, Vince Herman of Leftover Salmon, James Nash, and John Cragie and have opened for contemporary string bands such as Fruition, Hot Buttered Rum, The Lil Smokies, Front Country, Mipso, Whiskey Shivers and Reverend Peyton and the Big Damn Band.

In late 2014 Jacob Groopman of the nationally award winning group Front Country heard promise in One Grass Two Grass’s sound and energy and offered to step out of his typical performance role to help them produce a debut album that captured that drive. Released in February 2015 this collaboration proved to produce a rich self titled album which catapulted the group full speed into an exciting and eventful 2015 season. One Grass Two Grass is sure to have you swaying with your lover, stomping with your brother, smiling with your mother, and having just a plain old good time with one another.