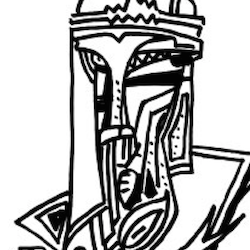 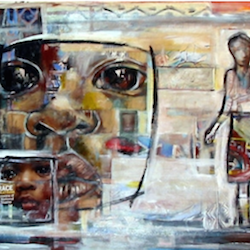 Mokhtar lives in the Bay Area and works as a visual artist, art teacher, and sometimes architectural designer.

His latest shows took place at Persian Center, Berkeley, 2013, Canessa Gallery, San Francisco, 2010, Intersection For The Arts, San Francisco, 2007 and Oliver Gallery, Oakland, 2007. He has shown his workss frequently at his studio in Berkeley. His caricatures and illustrations had appeared in the local as well as European publications. In 2012, Mokhtar designed dozens of shadow puppets for “Jana and Baladoor,” a play written and directed by legendary Bahram Beyzaie. Later Mokhtar worked on production design of musical play, “Fifth String” staged on May 2014.

Mokhtar also writes fictions and articles concerning art and architecture. He has an MA in English Creative Writing, published several short stories and articles in different Iranian anthologies. His novel Shamayel-e-Mana was published in Sweden and Iran in 1997 and 2003. His second novel Shahrzad the Silent is under publication. He is currently working on his third novel.