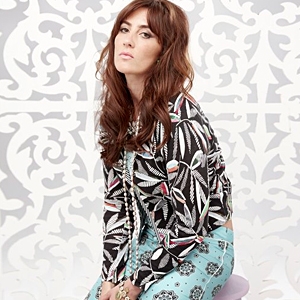 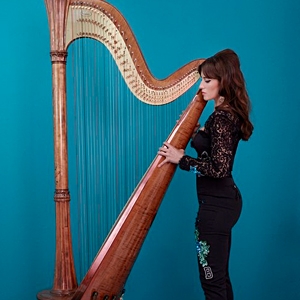 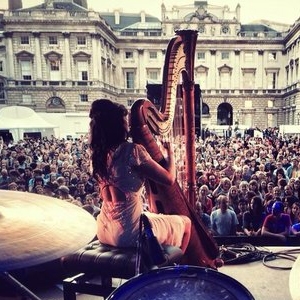 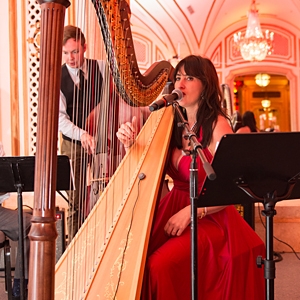 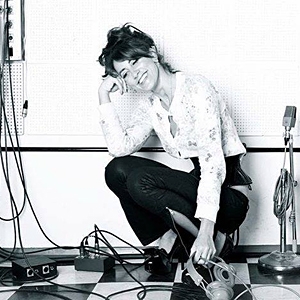 Pop-noir singer-songwriter and harpist Lucinda Belle has spent the last several years conquering the United Kingdom, and is now bringing her trademark sound, melding the elegance of white-gloved classic Hollywood with smart hooks and playful pan-genre appropriation, to the United States.

Considered a child prodigy at the harp, it was expected that Lucinda would continue on to have a successful career in classical music. Instead, she absorbed influences from countless types of music, from classical to jazz, pop to hip hop, blues to reggae, and created a sound that is entirely her own. She was running a successful laundry business in London when Decca Records first approached her with a record deal. Belle sold the laundry, and chased her dream. That dream has recently brought her to the shores of California.

Lucinda’s music will transport you to a seductive and anachronistic world where jazz, soul, gypsy jazz, blues, and reggae meld together creating her unique eclectic sound.

Because of her intuitive artistic instincts, empathy, and boundless musicality, Lucinda has worked with a myriad of iconic musicians throughout her career. A select cross-section of her studio and stage collaborations include Annie Lennox, The Pet Shop Boys, Robbie Williams, Jarvis Cocker, Richard Ashcroft, Lisa Stansfield, Natalie Cole, Rufus Wainwright, Yes, Seal, Grace Jones, and Jamiroquai (a track later sampled by Missy Elliott). Other collaborations with producers include Raphael Saadiq, Mark Batson (Beyoncé), and The Bullits featuring Jay Electronica, Jay Z, and Charlotte Gainsbourg. She took all of these collaborations and, in October 2016, released an EP entitled Urban Lullabies, a collection of covers featuring re-imaginings of classics by Nirvana, T.I., John Mayer, and Paolo Nutini.