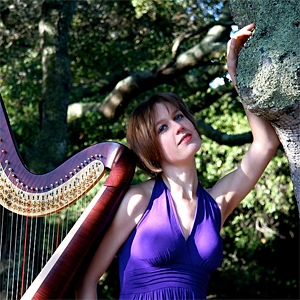 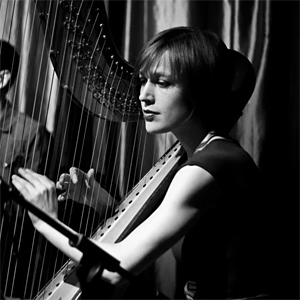 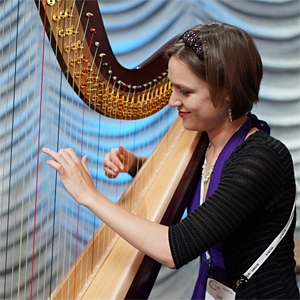 Liza grew up immersed in the vibrant musical culture of the San Francisco Bay Area and now is based in Los Angeles. As a composer and arranger, her work draws from the rhythmically passionate music of Venezuela, Brazil, and Cuba and the melodically enthralling music of North American Jazz and Folk traditions. Her compositions and arrangements synthesize these styles, creating a diverse musical experience.

A singer, harpist, composer, and arranger, Liza has released two albums of her music: Carousel in 2009 and Waken in 2013. The latter was recorded in Bloomington, Indiana with her ensemble, The Present Time Ensemble. This unique group consists of harp, voice, clarinet, violin, cello, bass, and percussion in what might be called a chamber popular music ensemble. She also performs with her trio, Primary Colors, an ensemble formed in Los Angeles, California consisting of harp, voice, saxophone, and percussion and as a soloist. Liza has worked and performed with such Grammy award winning artists as Pop icon Elton John, Musical Theater star Kristin Chenoweth, Salsa composer/pianist Gonzola Grau, Tango bassist Pablo Aslan, Jazz singer Silvia McNair, and Flamenco guitarist Adam del Monte. She recently won the American Harp Society-LA Chapter Composition Competition for her piece “One-Winged Flight” which she has presented along with other original compositions internationally at harp festivals in Brazil, Chile, Mexico, and Germany.

Liza holds a Bachelor’s of Music with High Distinction from Indiana University’s Jacobs School of Music where she studied with Dr. Susann McDonald and Professor Elzbieta Szmyt. I.U. awarded her the Performance Certificate for outstanding musicianship and performance ability. In May 2015, she completed her Master's of Music at the University of Southern California's Thornton School of Music where she was the Assistant Harp Instructor for the duration of her studies and studied with Prof. JoAnn Turovsky.