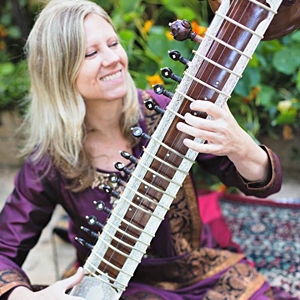 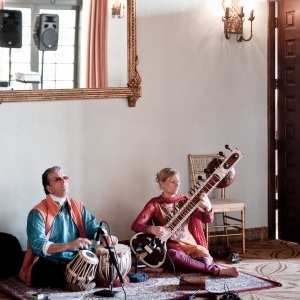 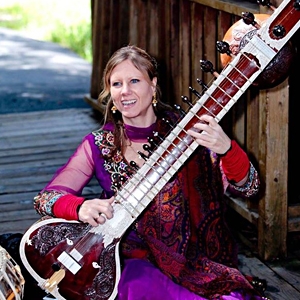 Joanna Mack began her pursuit of Classical North Indian Music in 1997. While studying Neuroscience at UCSD, she attended a Classical Indian Music class with sitar virtuoso Kartik Seshadri, a senior disciple of Pandit Ravi Shankar of the Maihar Gharana. She had been involved in Western music since childhood but was immediately drawn to Indian music.

Recognizing Joanna's inherent talent and drive, Kartikji recommended her to study in Kolkata under the now late Pandit Deepak Choudhury, also a senior disciple of renowned musician Pandit Ravi Shankar. That year, Joanna traveled to India where she fully devoted herself to the pursuit of Indian Classical Music under the guidance of Deepakji. She continued her studies with him in Kolkata from 1997 through 2005.

Joanna then returned to the United States, promising Deepakji that her dedication to learn would not falter and that she would accept the responsibility to teach the traditional values and ideas of the Maihar Gharana. Joanna is fulfilling that promise today. Joanna was fortunate to be able to study under the now late Ustad Ali Akbar Khan. She continues her lifelong exploration of Indian Classical music with his disciple Sarodia Bruce Hamm and master classes with Sangeet Research Academy Guru Partha Chatterjee. Joanna teaches private and group classes and performs regularly in a variety of venues.