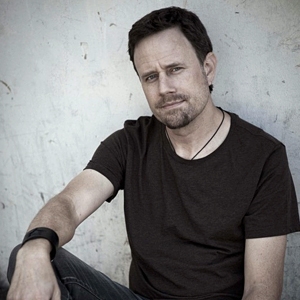 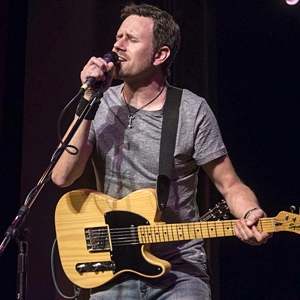 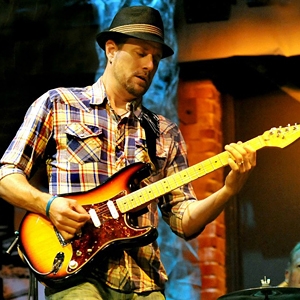 This San Francisco singer/songwriter spent the first decade of his childhood with his mom living in ten different naturalist households between Humboldt County, CA and Hawaii. Naturalist means, among other things, he didn’t have a phone or electricity until he was ten years old. In spite (or possibly because) of this, music was always a part of Jesse’s life. Life changed and stabilized for Jesse in middle school when he moved in with his dad in Berkeley, and modern amenities and modern music flooded his life. The records Jesse’s mom played were formative: The Eagles, Willie Nelson, Bob Marley, Neil Young, Bonnie Raitt, The Beatles and The Stones. His formation continued with Guns N’ Roses and the hubris of the Beastie Boys, as his rural and classic rock roots blended urban/contemporary styles and began to stew into something new.

Along the way, Jesse became an accomplished guitarist, spending a number of years supporting the work of other artists. All the while he was quietly fomenting a prodigious songwriting talent. The catalyst to move center stage was an effort to raise awareness and funds for the Polycystic Kidney Disease (PKD) Foundation. Jesse and his brother Jim were both afflicted with PKD, and Jim succumbed to the disease in 1998. These experiences fueled the inspiration behind Jesse’s debut album, Confessional, which featured “One Reason,” a song dedicated to his brother Jim. Jesse continues to organize events and perform on behalf of the foundation while maintaining a busy touring schedule on the left coast. In addition, he’s become a local staple on San Francisco’s storied KFOG radio station. His song “My Great Escape” has been in regular rotation on the station, and was featured on KFOG’s Local Scene, Vol. 6 album, which benefitted school music programs.  “My Great Escape” also had the distinction of being used by CNN in their coverage of the 2012 U.S. Presidential campaign.

The acknowledgment is nice, but Jesse Brewster’s creativity and wit simply will not stand still. His newest album, March of Tracks, features elements of folk, country, classic and southern rock, soul and even the occasional hint of Latin rhythms. Brewster turns up the heat on a simmering talent and has finally found his breakout moment. Whether you’re in the mood for singer/songwriter pastiche (“Accomplice”, “Chesapeake”), gritty rockers (“Can’t Keep a Good Man Down”, “Make or Break”), or ballads (“Left to Lose”, “Rest of My Life”), March Of Tracks has it all.  Perhaps the finest moments on the album are those that defy easy classification. “Circles” is a melancholy rocker that tugs at the heartstrings, while “Innocent Sinners” might be one of the finest pieces of songwriting and harmonic construction to drop in 2014. Even the sundrenched reverb (a la Roy Orbison) of “Cowboys and Loneliness” and “Lady Luck” make an impression, and Brewster tops it all off with a delicious piece of campfire cabaret in the form of “World Closing In”.

Fast or slow, heavy or soft, there’s an infectious pull in Brewster’s songwriting that is impossible to ignore. Brewster and his guitar perform with a symbiotic grace, both in the studio and on stage, and as a songwriter he has reached a point in his creative arc where a bad day would be a good day for most other writers.