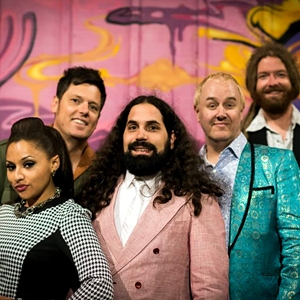 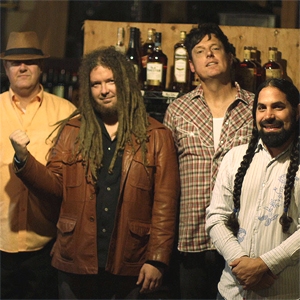 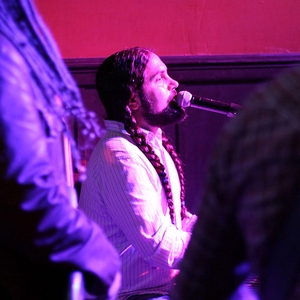 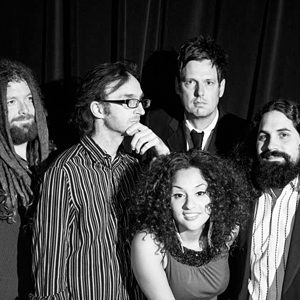 Formed in 2011, Hot Einstein is the result of five musical personalities pushing each other to new musical heights. Gathering influences far and wide—from vintage Bowie to Stevie Wonder to the Talking Heads or Blondie to even Elton John or Elvis—Hot Einstein began with Matt Berkeley’s primordial urge to form a classic rock and roll band. He states: “We felt that Rock has strayed too far from its roots in rhythm and blues, as Nick Lowe said… it lost the Roll somewhere along the line.”

When not playing a backyard BBQ, club gig, public outdoor event or wedding Hot Einstein takes up residence at Tupelo in North Beach (SF), performing classics songs by the aforementioned artists and many, many more. On a typical night at Tupelo, the band plays for 3+ hours moving from one hit to the next… playing up to 60 songs a night and keeping the crowd engaged—all killer, no filler! “We learned so many covers not to be a cover band, per se, but to feel like a legitimate BAND that knows how to play together, and has repertoire beyond a handful of original songs. The Beatles and the Heartbreakers weren't above playing covers, so why the should we be?”

The band can be configured as a trio, a quartet or a quintet.