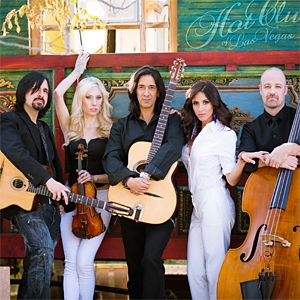 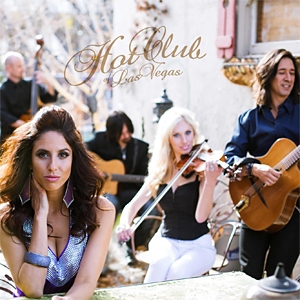 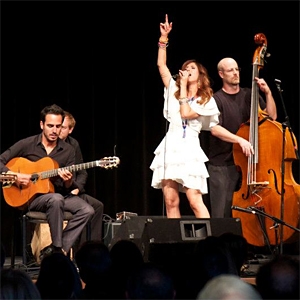 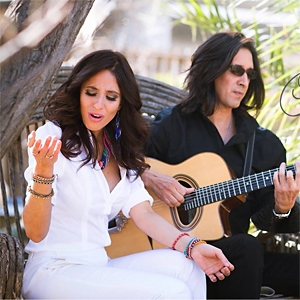 How the Hot Club of Las Vegas began: In the late 90′s till early 2001 guitarist Mundo Juillerat, (the “Fly’n Hawaiian”) was fortunate enough to meet and hang out a few times with his favorite guitarist Jeff Beck. That first night he learned that one of Beck’s favorite guitarists was Django Reinhardt, the French gypsy guitarist of the 1930′s. Years later, after discovering Reinhardt’s genius, Mundo collaborated with versatile bass player Christopher Davis, to form the base of the group in 2006. Percussion was added soon after with the addition of a monster drummer, Gabriel Santana Falcon, on the cajon (or box). Followed by Marlow “Le Pompe” Valentin as the rhythm guitarist.

Originally only an acoustic instrumental group, the band decided they wanted to expand upon the traditional gypsy jazz sound and add vocals. Carol Linnea Johnson, the star of Las Vegas’ Mamma Mia!, joined on as the original singer. In 2010, Johnson moved back to New York to return to Broadway, and Cuban salsa star Noybel Gorgoy joined the Hot Club of Las Vegas!