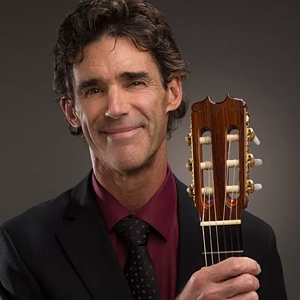 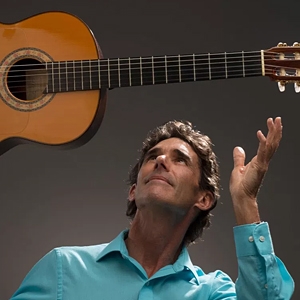 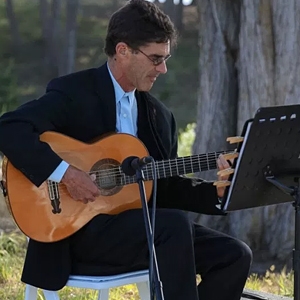 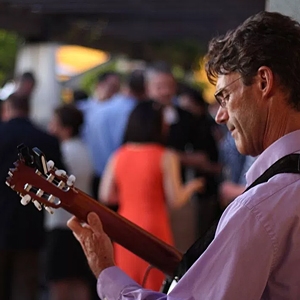 In 1987, 1991, and 1995 Eric Jarmie traveled to Spain and studied guitar there with Gerardo Nuñez, Enrique Melchor, Paco Serrano, Niño Jero, Mario Escudero, and Carlos Heredia. In America he had studied with notable guitarists Guillermo Rios and Chuscales.

After returning from Spain in 1987, Mr. Jarmie co-founded the flamenco cuadro Sangre Brava with Mercedes Molina, and served as Co-Director and guitarist for the group from 1988-1990. During the time of his involvement with Sangre Brava he developed and performed in grant projects with the support of the Santa Cruz Cultural Council, Santa Cruz City Arts Commission, and the California Arts Council. As Co-Director of Sangre Brava, Eric also worked performing with the William James Foundation Prison Arts Project, Santa Cruz Cultural Council SPECTRA program, and the San Francisco Ethnic Dance Festival.

In 1991 Mr. Jarmie became Administrative Director and Guitarist for the Santa Cruz-based flamenco cuadro Las Ramas. With the collaboration of the dancer La Linda, they produced flamenco concerts on a regular basis in the Santa Cruz area, and developed a substantial following over the course of many years.

Having worked for some time primarily as an accompanist to flamenco singers and dancers, Eric “Luis” has developed a core repertoire of his own music for solo flamenco guitar. Based on the traditional flamenco forms, the music ranges in style from the romantic and Latin-influenced forms such as Mantillas de Feria, Guajiras, and Rumbas to the more profound forms such as Soleá and Siguiriya, and definitely includes a lot of the festive and lively sounds for which flamenco is best known.