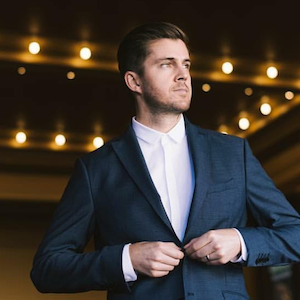 “Best of the Bay Area” honoree by San Francisco Magazine, Bay Area native CAMS has come a long way from recording mix tapes off the radio as a kid and from playing the principal cello in his high school orchestra. A classically trained musician, CAMS brings an ear for mixing that is often lost in today’s world of DJ’ing. He is a true music evangelist of all genres and cites influences ranging from big room house legends Sasha & Digweed to open format masters DJ AM and Z-Trip.

His versatility, creativity, and crowd sense have made CAMS one of the West Coast’s most sought after party-rocking DJ’s, and he consistently works alongside its top venues and artists. In addition to currently tendering residencies at some of the most exclusive nightlife venues in San Francisco, CAMS regularly spins for elite corporate sponsors, including Louis Vuitton, Cartier, Facebook, Google, Oracle, EA Sports, Verizon, Apple, McAfee, and MAC Cosmetics. He has been called on to provide the soundtrack for numerous celebrities and athletes such as LMFAO, Carmen Electra, David Ortiz, the Wayans brothers, Too Short, the Gallo and Boisset families, the Sebastiani family, and the World Champion San Francisco Giants. In addition, CAMS has shared the stage with world-renowned artists such as DJ Jazzy Jeff, Mix Master Mike, Ellie Goulding, Chromeo, Jackson Browne, Warren G, Counting Crows, and Third Eye Blind.

In the spring of 2010, CAMS was selected as an official mix show DJ for San Francisco’s #1 rated hit music station 99.7 NOW FM. His Friday night mix is currently heard by well over 12,000 listeners every week.