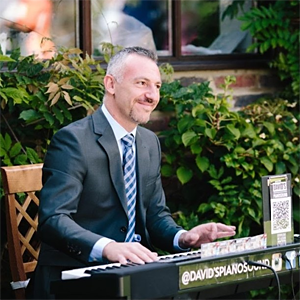 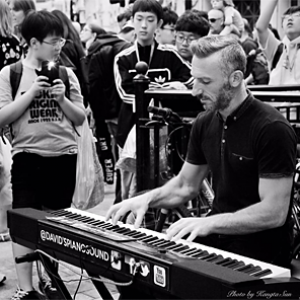 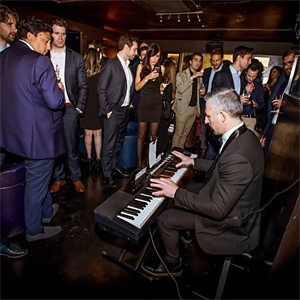 David was managing work while studying. He started exploring different genres such as pop, rock, folk, blues, funk and Latin music playing over the years in several bands with performances from pubs to squares of several cities in North Italy.

He moved to London in 2012, where he had to stop playing for 2 years, after which he began a different journey by assimilating much experience and musical knowledge: “Composition.”

Having lost his job after two years and a half working in a restaurant to learn the language and introduce himself in a new world, different, away from family and friends, he spent his savings buying a used keyboard and a speaker to start playing on the street and making money to survive and devote himself exclusively to what he feels he was born to do - play piano and compose music, share this gift with others.

Today he dedicates his life to composing music and playing it at his gigs.