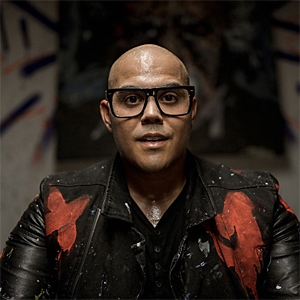 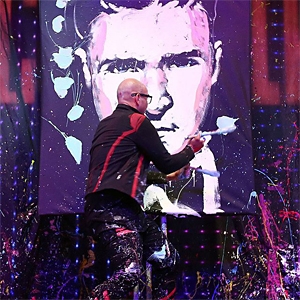 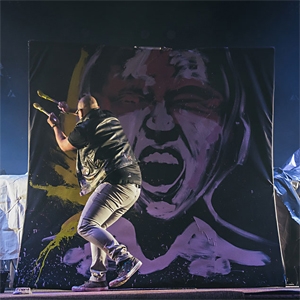 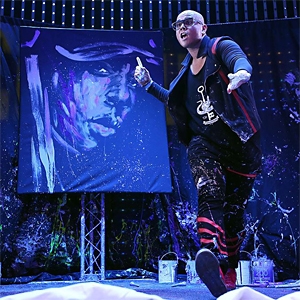 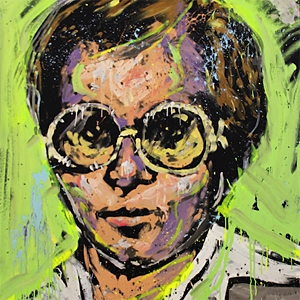 Garibaldi had always combined his passion for music and color, or rhythm and hue, in his artwork. But it wasn’t until viewing performance painter Denny Dent’s portrait of Jimi Hendrix that Garibaldi discovered how his passion for paint and music could be an inspirational experience for more than just himself. He discovered music-driven-art, and in some ways it discovered him, revealing a portrait of passion and purpose.

The performances he unwittingly practiced as a graffiti rebel in his garage is now on a public stage. As a performance painter, Garibaldi creates images through his body movement and brushes while communicating via music to an amazed audience.

“I create images in an entraining way and my hope is to inspire the audience to use their passion to benefit and inspire others,” said Garibaldi. “That is music and color. That is rhythm and hue.”

For this young artist, musical inspirations include U2, Kanye West, Jay Z, Stevie Wonder, Marvin Gay, The Beatles, Lady Gaga and Glitch Mob. Featured shows also include the beats of Garibaldi’s exclusive DJ, Joseph One. The energy of these performances is both mesmerizing and engaging and there is nothing like it in the world.