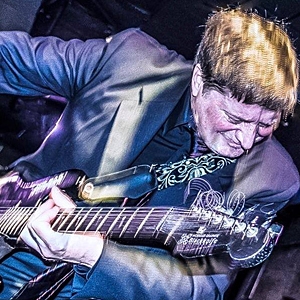 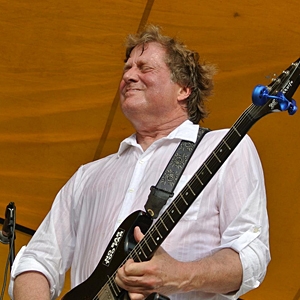 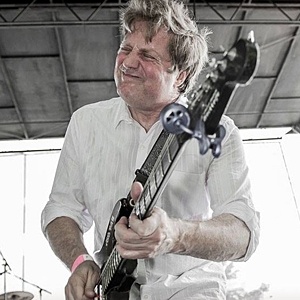 Dave Weld is a passionate slide guitarist, schooled by Grammy-winning master, J.B. Hutto. Born in Chicago, he was first influenced as a child when he found an old Victrola in the basement and wore out the blues 78's. He moved to New Mexico, and studied guitar under Kurt Black, a jazz player who worked with Benny Carter, Grant in the NY jazz scene. Dave also met and jammed with Gatemouth Brown. Weld was drawn back to Chicago after hearing Howlin Wolf on the radio and finding out that he was welcome on the West side of Chicago (black hood). He started sitting in at many clubs and landed a gig with Hound Dog Taylor's band, Brewer Phillips, Ted Harvey, at Sweet Peas on 43rd St.

Philips and Harvey had been working with JB Hutto after Hound Dog's death, and came back to Chicago after breaking off with JB in Boston. Weld then moved on to the 1815 Club on W. Roosevelt, which was owned and operated by Eddie Shaw who had Howlin Wolf's band, the Wolf Pack. Dave stayed there and played in the band with Chico Chism, Lafayette Gilbert, Hubert Sumlin, Detroit Junior, and Eddie Shaw. Dave played with Otis Rush, Maxwell St. Jimmy, Guitar Junior, Jew Town Burks, Doug Macdonald, Boston Blackie, Tail Dragger, Little Wolf, Big Bad Ben, Little Arthur, Johnny Littlejohn and more. During this time Weld was under tutelage from JB Hutto, a Grammy awarded Blues Hall of Fame slide man from Georgia. He studied at JB's house and one day met his nephews Lil' Ed and James Young (Pookie), and played on the westside for ten years. Clubs such as The Casablanca, Necktie Nates, Boss Joes, The Garfield and many more. They collaborated and started the "Blues Imperials". Then Bruce Igauer from Alligator found them and recorded them in a historic session "Roughousin'" and they started doing world tours. Weld played with Lil Ed for ten years appearing on their 1986 Alligator Records debut “Roughhousin’”.

In 1988 Dave decided to start his own band "Dave Weld and the Imperial Flames" first releasing in 1988’ “Rough Rockin in Chicago” on Blue Sting Records. This band featured the most authentic seasoned blues veterans in Chicago, such as Bernard Reed, Leo Davis, Daryl Mahon, Donny Nichilo, Mike Scharf, Vernon Rogers and Ted Harvey. They toured countless times around the world, local and national festivals and the best venues in the Midwest and the national. In 1996 Weld was joined by Lil Ed and together the Imperial Flames released their sophomore album “Keep On Walkin” on the Earwig label.