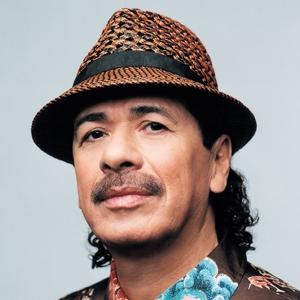 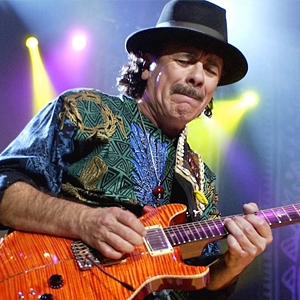 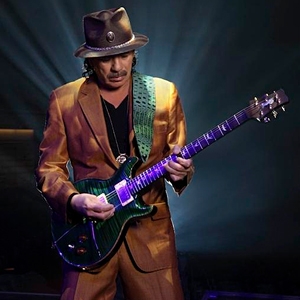 Delivered with a level of passion and soul equal to the legendary sonic charge of his guitar, the sound of Carlos Santana is one of the world's best-known musical signatures. For more than four decades – from Santana's earliest days as a groundbreaking Afro-Latin-blues-rock fusion outfit in San Francisco – Carlos has been the visionary force behind artistry that transcends musical genres, generational, cultural and geographical boundaries. Santana became famous in the late 1960s and early 1970s with his band, Santana. The band's sound featured his melodic, blues-based guitar lines set against Latin percussion such as timbales and congas. Santana continued to work in these forms over the following decades. He experienced a sudden resurgence of popularity and critical acclaim in the late 1990s. Rolling Stone named Santana number 15 on their list of the 100 Greatest Guitarists of All Time in 2003. He has won 10 Grammy Awards and 3 Latin Grammy Awards.