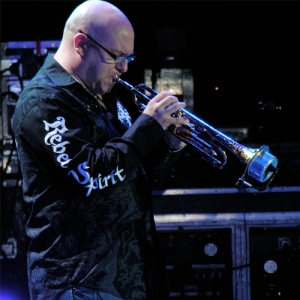 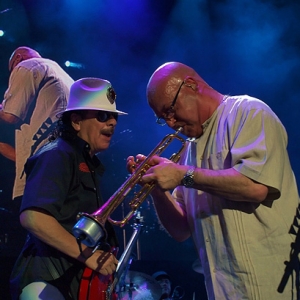 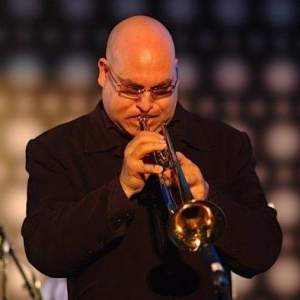 A longstanding member of the Santana band, Bill Ortiz has been involved in the Hip-Hop and R&B movements for as long as he’s played music. He played trumpet on the classic hip-hop Souls of Mischief album “93 til Infinity” and has worked and recorded with Tony Toni Tone’, En Vogue, Sheila E, TLC, among others. Born in San Francisco, California, Ortiz began his mastery of the trumpet at age 10. While in school he was first chair trumpet in the San Francisco All-City Band, and by his mid-teens he was playing at local dances and clubs with a number of R&B and jazz groups, giving him an early and varied start to his professional career. His horizons were broadened even further during his college years with his first exposure to electronic and Latin music.

In the nineties Ortiz began working with R&B/Hip-Hop group Tony Toni Tone’ as a touring band member and featured soloist. He performed on five releases from the multi-platinum selling group, as well as toured the US, Canada and Europe. He accompanied Tony Toni Tone’ when they joined Janet Jackson on her “Alive” tour and made numerous TV appearances with them. This exposure led Ortiz to recording with Destiny’s Child, En Vogue, Souls of Mischief, Sheila E, TLC, Total, and Johnny “Guitar” Watson, among others.

Following his stay with Tony Toni Tone’, Ortiz toured and recorded with the legendary Boz Scaggs, and began a long and fruitful association with highly acclaimed jazz vocalist Lavay Smith (with whom he still works), recording two CDs and touring the US and Europe yet again.

Presently Ortiz is recording and touring with Carlos Santana, work which includes his performances on the Grammy® Award winning singles Smooth and The Game of Love. In addition, he has been very active as a studio musician playing Hip-Hop, R&B and Jazz. In 2009, Bill Ortiz released his debut solo album “From Where I Stand,” which charted on Billboard and garnered huge success among critics and fans alike in the USA and around the world. Bill Ortiz is endorsed by Shure microphones and more recently by Rebel Spirit Clothing.