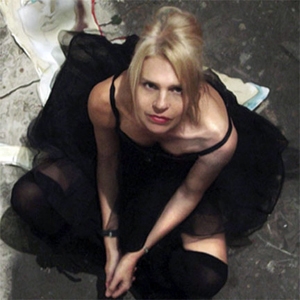 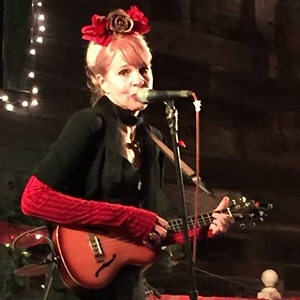 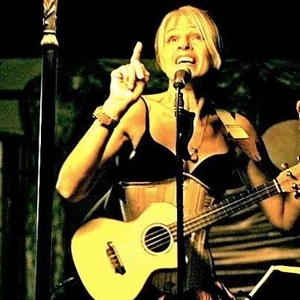 Belinda Blair is a versatile singer, bandleader, ukulele player and performer of swing, jazz, blues, indie rock and lounge music in the San Francisco bay area and beyond.

She earned her MA at San Francisco State University after embarking on a grassroots tour of Europe that began on the streets of Paris. Belinda fell under the influence of a young, international jazz scene lead by preeminent players where she expanded her musical talents beyond the tortured jazz singer. She lived and toured in England, France and Switzerland in a variety of acts ranging from swing to indie acoustic singer/songwriter which then led her to the San Francisco bay area.

Belinda began performing her  tongue-in-cheek ukulele act for the Burning Man Community where she developed her bawdy lyrics to old jazz songs, genre-bending interpretations of rock covers as well as her own originals. Currently, she performs on the San Francisco Burlesque circuit and events in and around the bay area .

Charismatic and smokey-voiced with impeccable phrasing and fiery blues overtones, Belinda achieves a sound that's as warm as a Sunday afternoon in the park, but at the same time, is something altogether new and distinct. Miss Blair is a savvy performer, having led numerous bands through sultry venues of Paris, London, Zurich, New York, Los Angeles and San Francisco. She possesses a sound, either live or recorded, that is distinctly her own and lingers long after the needle lifts or the stage goes dark.