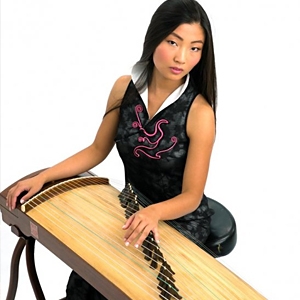 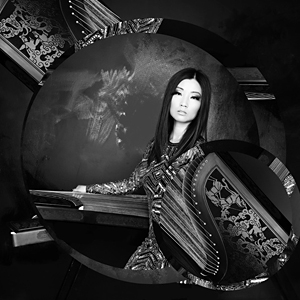 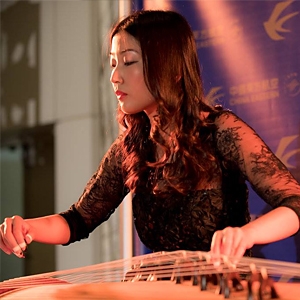 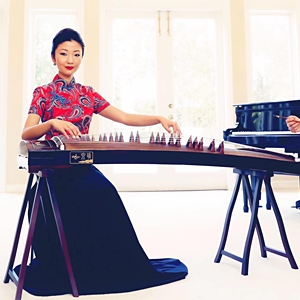 Bei Bei (Bei Bei He) is one of the world's premier Guzheng artist. The Guzheng is over 2000 years old and belongs to the Asian long zither family. It was used in both folk and court music in the ancient China. Falling in love with the 5 foot tall x 1 foot wide 21-stringed Chinese instrument at first sight, Bei Bei began playing at the age of seven and received her professional musical training at the Central University of Nationalities in Beijing, China and the Hong Kong Academy for Performing Arts in Hong Kong. She also studied Jazz music and improvisation at Fullerton College in California. Bei Bei roots her art in classical music and expands into other styles, combining new with old into creative new expressions, especially in her collaborations with musicians from different genres such as funk, jazz, alternative, electronica, hip-hop, and dance.

She is a multi-award winner of many national and international awards. In 2011, she and her music were included in the American college textbook World Music by Michael Bakan. In 2015, she was featured as one of The Most Fascinating People of Los Angeles by LA Weekly Magazine. As a studio musician, she recorded for Sci-fi Channel’s “Battlestar Galactica” and award-winning video game original score “Revelation” (天谕). She also recorded for the 2020 Disney's epic movie, "Mulan", original soundtrack as well as its powerful hit song, "Loyal Brave True", sung by Christina Aguilera at the "Jimmy Kimmel Live!" show on March 10, 2020. As a composer, she composed music and performed for the China Central TV documentary series “Dun Huang”, Chinese movie “Copycat”, and for Canon web promo video “Tiger’s Heart” . She released her debut album Quiet Your Mind And Listen in 2006 and her collaborative album Heart of China (Universal Music), with Richard Horowtiz, in 2008. Her last collaborative album Into The Wind with Shawn Lee was released through Ubiquity Records in 2010. Her brand new collaborative album with Shawn Lee Year of The Funky was released by Légère Recordings in May 2017.

As a dedicated educator and author, she has published two books Gu Zheng Sessions Vol.1 and Bei Bei’s Easiest Guzheng Course Book 1 with accompaniment CD and videos. She is the director of Lotus Bud Guzheng Academy, and instructor at OC Music and Dance in Irvine, California. The feedback that she has received as she has introduced American and international audiences to the guzheng and its broad and varied repertoire has been extremely positive. Her greatest reward is when her passion for her instrument and the beauty of her music has touched people across the world.