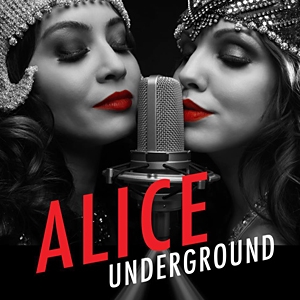 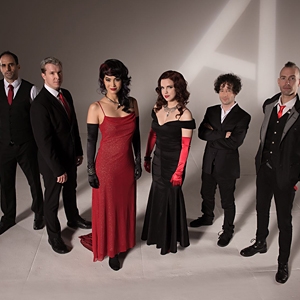 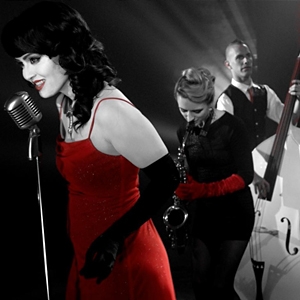 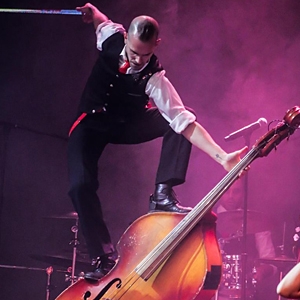 Alice Underground is a time traveling caravan to an anachronistic era set in a locale that’s both familiar and fantastical. For the five members of the LA-based group, however, this has been a journey by happenstance. What was a one-off show now has the quintet chasing mythical characters and architecting a swamp cabaret aesthetic.

Alice Underground whisks listeners and concertgoers away to an elegant underbelly teeming with deviant jazz, punk rock vigor, vaudevillian theatrics, and sensual emotionality. The group’s oeuvre varies between originals that feel like they were plucked from an American Songbook from a Tim Burton-themed time capsule, and jazz standards reimagined to showcase Alice Underground’s gift for conjuring longing and lasciviousness. The group counts as influences David Bowie, Ella Fitzgerald, Trent Reznor, and Billie Holiday. Fittingly, Alice Underground has been described as “gypsy jazz with a proto-punk edge.”

The quintet’s dark seductiveness, gothic glamour, and mythological imagery of the character Alice as a conceptual muse have endeared it to fanatics of steampunk, fantasy, and cosplay. Live highlights for the band include appearing at Los Angeles County Museum Of Art’s New Year’s event Golden Stag, hosted at the famous Los Angeles Park Plaza Hotel, and performing at the closing ceremonies for the Anime Expo in Los Angeles. There the group played originals, and backed cult artist Yoko Takahashi, singer of the theme song for the popular animated Japanese television series Neon Genesis Evangelion.