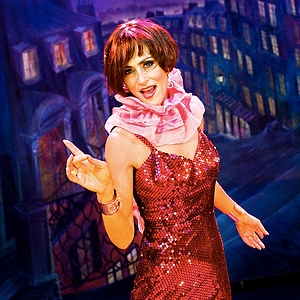 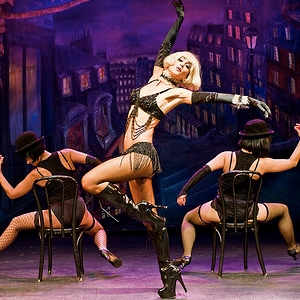 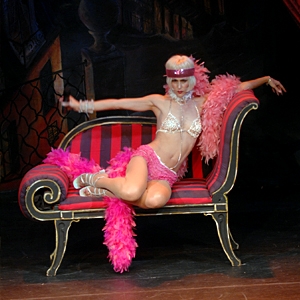 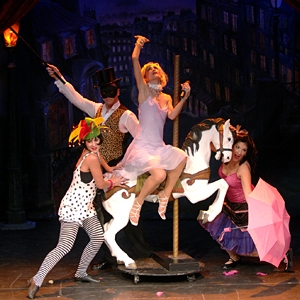 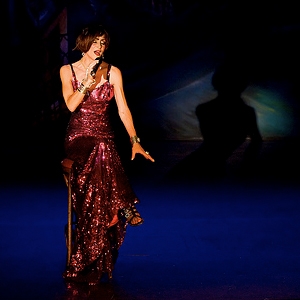 When Moana Diamond, at the age of 7, made her debut as “Tiger Lily” in a production of Peter Pan, her fascination with acting, singing and dancing was sealed forever. After her first trip to Paris at the age of 15, this fascination transformed itself into all things French and life hasn’t been the same since.

From these early experiences there arose a passion for performing that has inspired her to create her uniquely signature style of performance art. Through her interpretation of French Cabaret as her alter ego, Mademoiselle Kiki, she has charmed audiences wherever she performs. Her art takes form in song, dance, and theater, evoking many a story of love lost, love gained and love lorned, imparted with joy, sadness, laughter and seductive elegance.

Moana appears in her Original Cabarets that range from "The Roaring 20's" (perfomed at The Waldorf, in New York) to the heart breaking songs of Edith Piaf and Jacques Brel in an "An Evening of French Cabaret" to "Babes in Blue," a 30's and 40's blues show with vintage Duke Ellington and Fats Waller music. She has performed at such venues as Café du Nord (San Francisco,) Copia: The American Center for Wine, Food and the Arts (Napa,) The Starlight Room (SF,) the Great American Music Hall (SF,) Bimbo's (SF,) Marin Theatre Company (Mill Valley, CA,) Café Society (Napa,) Buckley's Bistro, and, monthly appearances at 142 Throckmorton Theatre (Mill Valley, CA.)