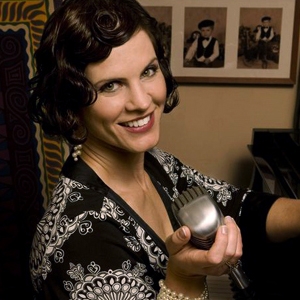 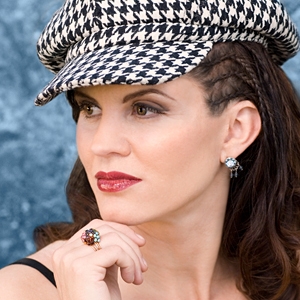 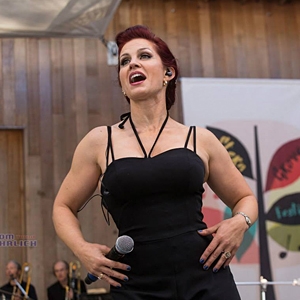 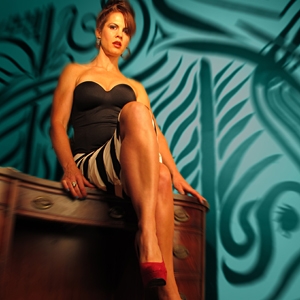 The singer's dynamic vocals, innovative rhythmic sense, and emotive phrasing bring a sizzling, soulful power to every note she sings. Her multi-octave range and command of four languages lends authenticity to songs as diverse as the haunting "Calling You," from the Bagdad Cafe soundtrack, and the seldom-heard Brazilian gem, "Ave Rara" Like Ella Fitzgerald, one of her first inspirations, Weber Morales uses her warm mid-range tone as a foundation, effortlessly leaping into a dulcet higher register or swooping down to deliver earthy, purring lows.

Vagabundeo/Wanderings, the second album from Alexa Weber Morales, and her first for producer Wayne Wallace's Patois label, follows the groundbreaking footsteps of her 2004 debut release, Jazzmerica. This vibrantly imagined collection melds warm acoustic jazz with flavors from across the vast spectrum of Latin, Cuban, Brazilian, and African music for a mix that's at once rootsy and cosmopolitan, street-wise and sophisticated. Since 2004 she's done more than a dozen studio recordings for her own & other bands. In 2010, she sang on the Grammy-nominated Bien! Bien! In 2011, she made a fan-funded CD, and in 2012 her singing/songwriting was on Pacific Mambo Orchestra's debut CD. In 2013, they won a Grammy!