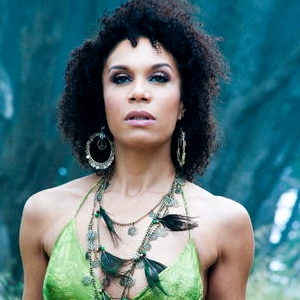 Vocalist, Scheherazade Stone, is a San Francisco native & veteran within the Bay Area music scene, having recorded, performed and collaborated with various artists, musicians & actors in different genres of music, theater, dance & multi media presentation. Scheherazade began taking vocal lessons early on, graduating from the Performing Arts High School, eventually getting her graduate degree in Vocal Performance at SFSU. Throughout this time, with a clear vision in sight, she was performing live regularly with various bands, including her own called Spiritual Machine. She continued to hone her vocal chops locally, working weekly at numerous SF venues such as The Up&Down Club, Yoshis, Slims, Bimbos & the Great American Music Hall, performing & recording within a multitude of musical styles such as Jazz, R&B, Folk, Rock, Pop and House, as well as collaborating with other artists such as  Don Cherry, Doug Carn, Donald Byrd, Beck, Brian McKnight, The Grateful Dead & Bob Weir.

Performing abroad became the next move in her evolution of musical growth ~ Traveling to Holland to perform at the North Sea Jazz Festival & the Bimhuis, to Africa within the walls of beautiful Roman ruins at the Tunisia World Music Festival, to a couple of lengthy tours in Japan. All of these journeys were experiences that had a major impact and significance in shaping her as an artist/singer/songwriter. These past several years Scheherazade has spent a great deal of time in Italy & Spain and continues to be influenced by the fusion of musical styles from this side of the globe.

With numerous shows planned in support of here in the U.S. as well as abroad, it will continue to establish Scheherazade as a potent force on the music scene.