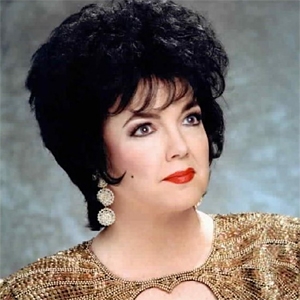 Louise Gallagher is a Florida native. While attending Nursing School in Orlando, she met and married (unlike Elizabeth) her one and only husband, Dr. Dan, and moved to Southern California. After appearing in numerous stage musicals, and regular roles in film and TV commercials, she began doing gigs as Elizabeth Taylor on stage, TV, and film. She created the L.A. role of Elizabeth Taylor in the Off-Broadway production of “Dressing Room Divas” which ran for 18 months. Her faith and family are her greatest joys, and she believes that “laughter is the best medicine.”