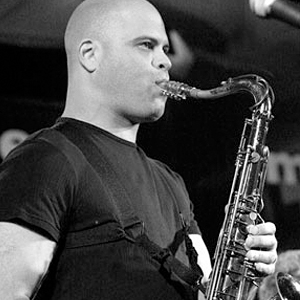 For Ellis, the lucky streak began with growing up in the Bay Area's multicultural environment, where he could listen to all kinds of music, including funk, R&B, and rock, while learning to play jazz in the renowned Berkeley schools music programs. He was already a precocious player by the time he got to high school and came under the tutelage of jazz ensemble director Phil Hardymon and his successor, Charles Hamilton. Graduating in 1985, Ellis moved on to the Berklee College of Music, where he focused on his composing and arranging skills on all sorts of instruments, in all sorts of styles, and graduated with a degree in music production and engineering.

Upon returning to the Bay Area in 1992, Ellis became a pioneer in the region's nascent "new jazz" movement, teaming up with eight-string guitarist Charlie Hunter and drummer Jay Lane to form the immensely popular Charlie Hunter Trio. Three albums with Hunter and two with Bay Area flugel hornist Dmitri Matheny prepared Ellis to record his first album as leader, 1996's Raven, for Monarch Records, and its 1998 follow-up, In the Long Run. The latter was produced by Keepnews, with whom Ellis had connected during the sessions for Matheny's Penumbra: The Moon Sessions.