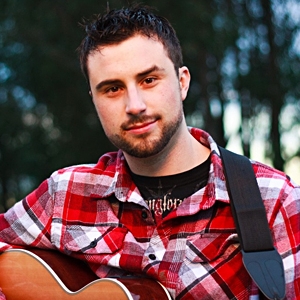 Bobby Jo Valentine is an award-winning singer/songwriter currently residing and touring around the coast of CA. His new album, "A Place to Belong" released to favorable reviews and his single "Be Mine" had radio airplay even before the album's release. His warm, accessible melodies and often-profound lyrics have developed a following around the nation.

Along with being an award-winning singer/songwriter, Bobby Jo Valentine is also a 5-star, nationally acclaimed wedding musician. He has been flown all over the nation to provide the perfect music for a couples most important, romantic day.

Bobby sings upbeat, soulful, romantic music- both modern and timeless along the lines of Jack Johnson, John Mayer, The Lumineers, and Jason Mraz, and many clients end up choosing his originals for processional music/first dances/etc. He also plays proposals for clients about to pop the question.